Verdean Thompson Johnson is a graduate of Douglass High School in Oklahoma City where he was a track athlete and artist who painted an interior mural in the schools commons. During high school he participated in the Artspace at Untitled Mentorship Program where he received the 2019 Outstanding Senior Award. Post-graduation, Johnson shadowed the Oklahoma City Office of Arts & Cultural Affairs as it sought to commission a mural for the Strong Neighborhood Initiative’s Culbertson East Highland neighborhood project. Because of his interest in murals, he later became an assistant to Markus Muse as he painted the mural ROYAL TONES on the Jeltz Senior Living Center in Oklahoma City. He is also a past recipient of Neighborhood Alliance’s Scout Finch Award for working to improve and beautify neighborhoods, and most recently he won 1st place and a Thunder Grand Prize Package for the FRESH PAINT NYE OKC Opening Night event. 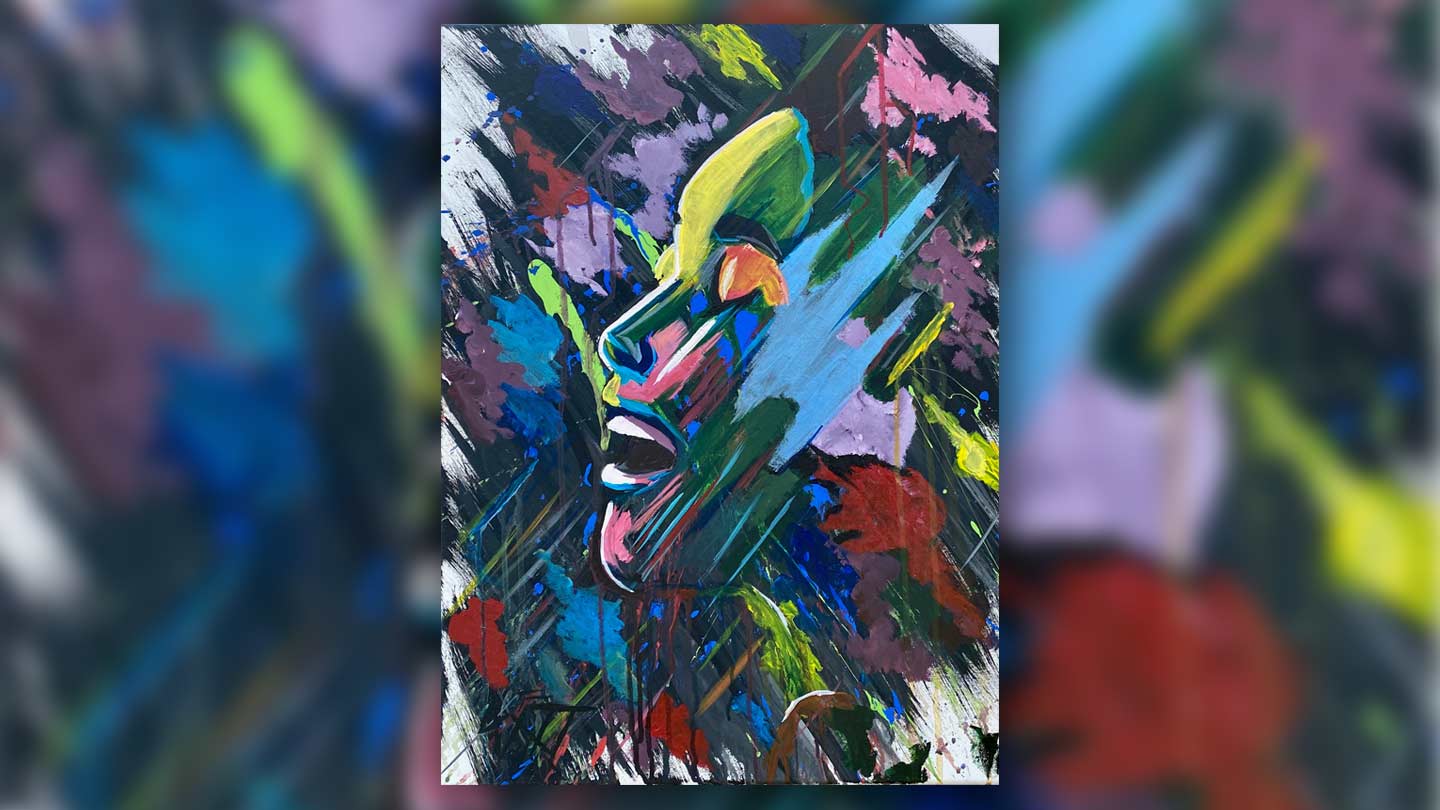